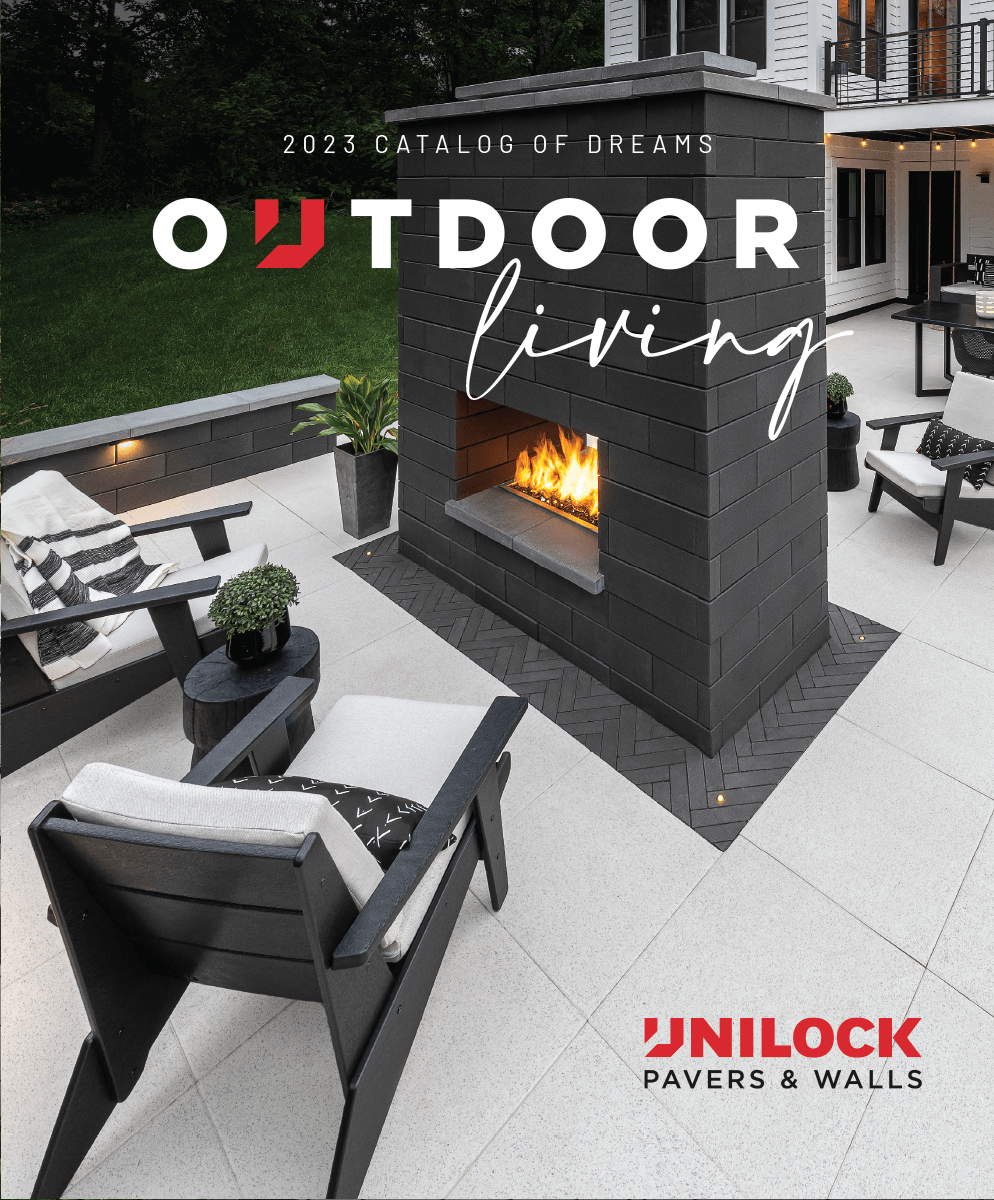 Retaining Wall Engineering: Why You Should Have It For Any Wall Over 3.5 Feet 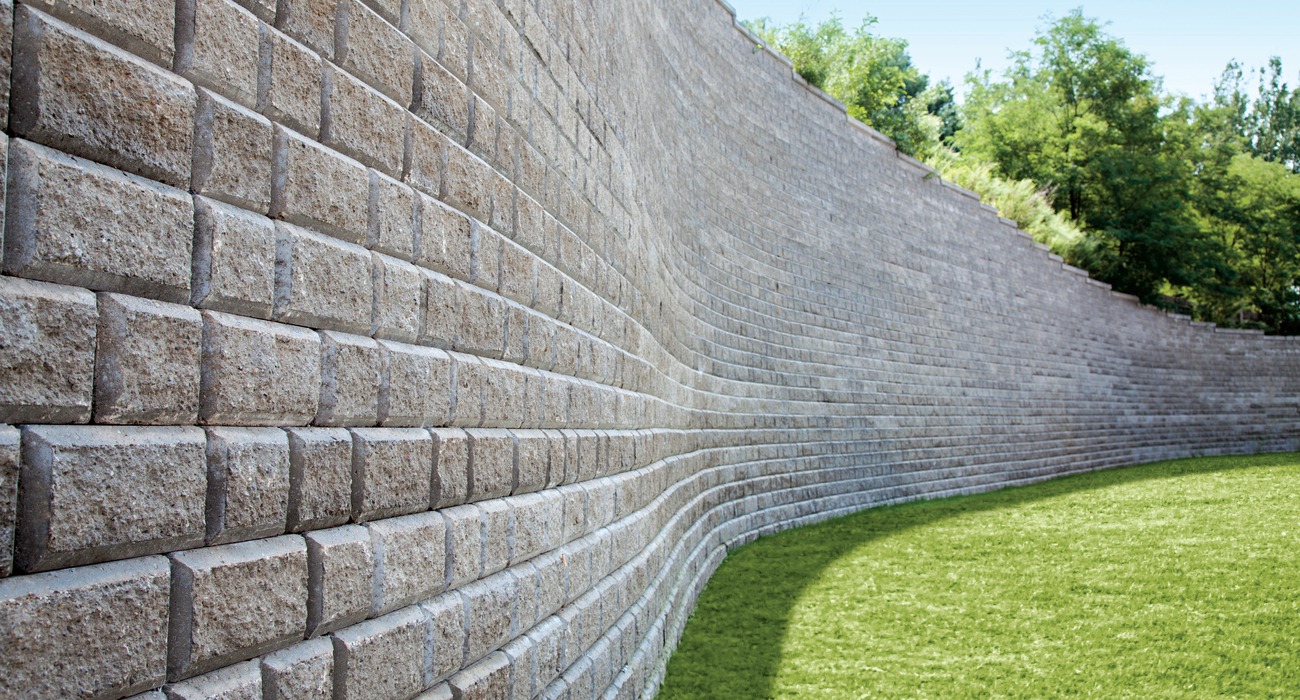 Primarily functional hardscape structures, retaining walls are designed to expand usable land, manage erosion, define spaces, and provide additional seating. Structural retaining walls—those aim to hold up embankments—tend to be at least 2 feet in height. The design of large walls should always be reviewed by a qualified, licensed engineer before construction begins—Unilock recommends this, and it’s required by many municipalities depending on a wall’s height.

Poorly designed and built retaining walls can bulge, crack, or lean—and eventually collapse. Several factors can contribute to a retaining wall’s failure, including improper design (e.g. a tall, vertical wall with no setback and/or no engineered supports); construction methods that aren’t designed for the task (e.g. a wall that lacks adequate footings); or the lack of drainage mechanisms (which allows excessive water pressure to build up behind the wall).

When a Retaining Wall Needs Engineering

To determine whether engineering is necessary for a retaining wall, consider the following criteria:

1. The Height of the Wall

Most municipalities require building permits as well as a design created by a licensed engineer for retaining walls taller than 4 feet. However, 4 feet may be too tall if the wall is not built properly for the intended use (e.g. lacks proper footings, drainage, or uses lightweight materials).

2. Excess Weight Above the Wall

Parking cars, pickup trucks, horse trailers, boats, or motorhomes above a retaining wall will add significant weight and therefore pressure to the wall.

If applicable in your climate, snow loads should also be considered as potentially exceeding the load-bearing capacity of a retaining wall, especially if snow will be plowed or shoveled toward the wall from above.

If the slope of the land continues past the top of the wall, engineering will be necessary, as the additional load of soil may be excessive for the intended design.

Terraced walls come with a new set of challenges. Generally, the upper (back) wall should be built so that it is set back from the lower (front) wall at least twice the height of the front wall, and the back wall must be shorter than the front wall.

For example: if the front wall is 4 feet’ high, the back wall should be set back 8 feet and should be shorter than 4 feet to prevent excessive load on the front wall. If the back wall is closer, then the wall is considered to be a single unit rather than two separate walls. Engineering, as well as a building permit, will be required.

If multiple terraces are required, this will further increase the need for engineering to prevent wall failure.

To hold back soil and prevent erosion, a retaining wall must be designed to drain water properly. Engineering becomes a necessity when you consider the weight of soil pressing against the wall. On their own, concrete blocks would not be capable of holding back saturated soil determined to move downhill.

Properly calculating the lateral force (from behind the wall) is the key to building a structurally sound wall. The lateral forces exerted on a retaining wall are calculated according to several factors:

Retaining walls are exposed to lateral pressure from the retained soil plus any other surcharge. In addition to the friction created at the base by the weight of the soil, most retaining walls rely on passive pressure at the front of the wall to prevent failure.

Let’s introduce a hypothetical situation to illustrate the need for proper engineering.

If the lateral pressure has been determined and the wall is designed for that specific load, what could happen if the circumstances change? For example, the moist unit weight would increase dramatically due to unusually heavy spring snows or strong rains. As water fills the void spaces between soil particles and does not drain at the same rate, the soil will quickly become saturated.

But it’s not just the weight of the soil that increases: its properties change as well due to the introduction of more water than the soil (and the wall’s drainage system) is capable of handling at any given time.

The introduction of excess moisture can also cause deterioration of the soil’s shear strength (the ability of soil particles to lock together). This effect varies due to the soil type and the level to which this soil has been compacted. To some extent, water will contribute to soil particles sliding against each other rather than interlocking. This is what occurs in landslides. As the shear strength decreases, the lateral pressure on the wall increases.

Not only is the wall now subject to significantly increased pressure from behind, the foundation soils that support the wall are also subject to the same effects due to excess moisture. Excessive moisture content in the soil supporting the wall will decrease its ability to support the load of the wall, by as much as 50 percent.

Unilock offers several premium quality wall systems designed for heavy-duty use. The Dura-Hold system is an attractive alternative to poured-in-place retaining walls. It is designed to construct gravity walls up to 6 feet high; or, walls up to 40 feet high if reinforced with geogrid and/or concrete tie-backs. The large-scale blocks add mass to the wall (each standard block weighs 1,680 pounds) to make it Dura-Hold of the most heavy-duty wall systems on the market. Rather than presenting a plain face, each block features false joints, which give the appearance of individual blocks.

A slightly more lightweight system from Unilock, Dura-Hold II, is similar to Dura-Hold in appearance (also featuring false joints for a more dynamic look) but each block is just over half the size and weight of Dura-Hold blocks (the standard block weighs 940 pounds), making Dura-Hold II an excellent choice for faster building of gravity walls up to 4 feet, or walls up to 25 feet using concrete tie-backs and/or geogrid reinforcement.

Unilock offers comprehensive training to contractors to ensure not only proper design of a retaining wall, but proper engineering and construction. A Unilock Territory Manager can provide one-on-one training or on-site assistance as well as offer additional resources and contacts to support you.

Welcome to UNILOCK
Please tell us who you are so we can tailor
our website to serve you better
are you a:
Contractor Homeowner Architect/Engineer Builder
In order to save your calculation, you must first create a Project Bin account
cancel
Create an account
File not saved in you project.
You are leaving the Contractor version of unilock.com