Heated Driveways: What You Need to Know Before Offering This Solution to Homeowners | Unilock Contractors
go back
Hardscape Education Center

Heated Driveways: What You Need to Know Before Offering This Solution to Homeowners 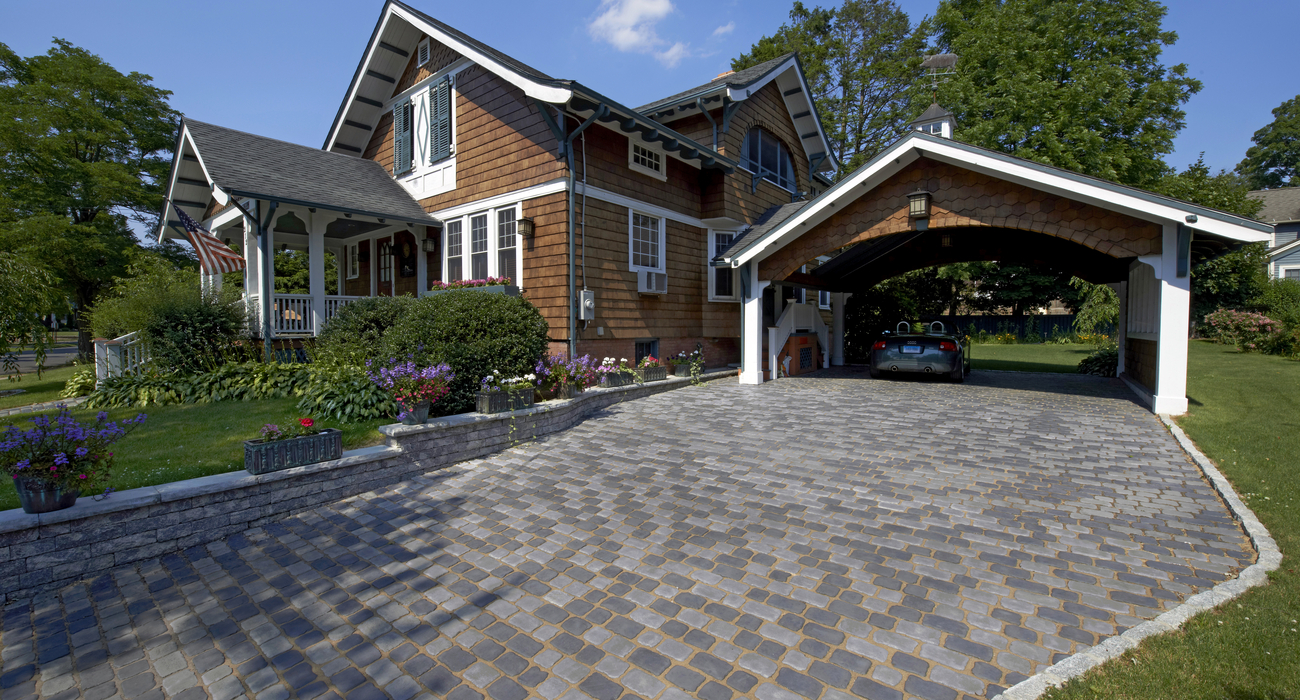 Contractors who are about to take on a paver driveway project have an excellent business opportunity in front of them: the potential to also install a heated driveway system. Many homeowners who live in snowy regions aren’t even aware that it’s possible to rid their driveway – and even their front walkway and steps – of snow and ice buildup without ever having to shovel again. But before a landscape contractor can convince homeowners to hang up their shovels for good, they need to know the radiant heating options for driveways, how to install them, and the kinds of pavers that will work best for the system being put in place.

Sometimes the most innovative and successful landscape projects end up hidden from view. A homeowner won’t be able to see the heating system under their carefully chosen driveway pavers, but they will certainly notice the lack of snow and ice buildup during winter storms, especially compared to the white blanket covering other parts of their landscape. And they’ll enjoy peace of mind having eliminated the risk of slips and falls when getting into and out of their car during the winter months.

Heated driveways are made possible by electric or hydronic snow-melting solutions that rely on mats or coils in the pavers’ bedding sand layer beneath the driveway surface. Electric systems are known for heating up faster, being easier to install, and greater reliability. In contrast, hydronic systems, which use a combination of water and antifreeze, may be preferred by homeowners who are sensitive to the amount of electricity they already use. Both systems require sensors that detect outside temperatures and moisture levels, as well as a way to produce the heat.

Electric driveway heating systems are installed by laying out heating cables on the driveway’s bedding layer. Compatible with either interlocking or permeable pavers, these radiant heat mats melt existing snow or ice and prevent buildup. The cables must be attached to an electric power source, which, in some cases, could just be the house’s central power box.

However, there are several drawbacks. Sometimes a house won’t have enough excess electricity capacity to run the system properly, necessitating the use of a capacity expansion or secondary source. If a house is small, or in an area where electric power is particularly expensive, the risk of increased operating cost may turn off some homeowners.

Hydronic driveway heating systems are installed by placing a closed system of plastic tubing beneath the surface of the driveway. A boiler is then used to pump water and antifreeze through the tubing in order to melt the snow and ice above.

The main advantage of a hydronic system is the cost to operate it. Unlike an electric system, homeowners get to choose their source of power, which gives them the option to research the most affordable type of fuel available to them, whether it’s propane, oil, or natural gas.

Hydronic systems have two major drawbacks other than the higher cost of installation. The first issue is that they cannot be installed under a driveway that already exists. Homeowners can only install one if they are willing to replace their entire driveway. The second concern is that, as time passes, the tubing corrodes. Homeowners who are committed to staying on their property for the long term and are dedicated to regular maintenance may find the idea of corrosion difficult to accept.

Unilock concrete pavers can be a great fit for heated driveways. With the diverse design possibilities offered across the Unilock paver line, homeowners are able to match style with newfound function. After professional installation, the driveway surface itself will show no sign of the heated mats underneath the pavers; high-quality pavers with precision cast edges result in tight connections, a clean look, and a long-lasting installation capable of supporting heavy vehicular traffic.

Permeable pavers are the preferred choice for heated driveway projects. As the heating system melts ice and snow, the resulting water needs to be addressed. If it’s left to sit on the surface, it can pool and freeze, negating the main reason the homeowner agreed to the system in the first place.

To avoid such a scenario, permeable pavers are designed to prevent precipitation buildup. The moisture goes back into natural groundwater reserves rather than onto a walkway or the street where slippery icy spots can form.

Another factor to consider when presenting heated driveway systems to homeowners is whether they want automated or manual controls. An automated system runs nonstop and uses more electricity once a sensor notices snowfall and triggers the system to kick into heating gear. The benefit of this system is the homeowner can “set it and forget it.” However, that convenience must be balanced against the requirement that the system’s sensors always remain on, which adds to operating cost.

Conversely, a manual system allows the homeowner to save on operating cost by only having the system run when it’s actually needed. Of course, any savings are offset by the homeowner’s need to always pay attention to snowstorm forecasts.

Regardless of the fine details designed into the heated driveway system, one thing is certain: Savvy homeowners are looking for ways to make their lives more convenient and efficient. For landscape contractors, adding heated driveway system installation to their normal repertoire can open the possibility of appealing to a different customer segment in their service area, while also helping to set themselves apart from competition.