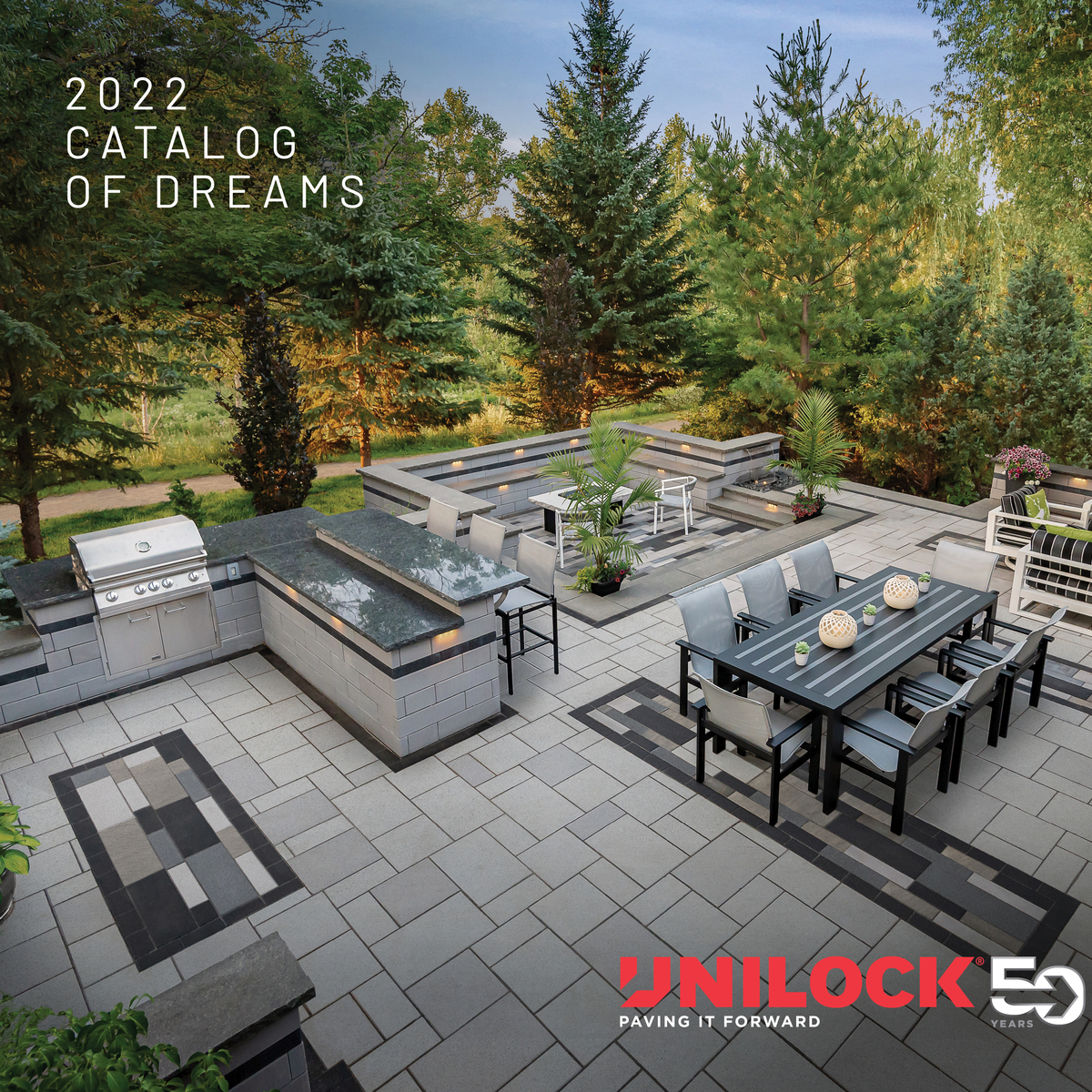 Ed Bryant was born on November 30th, 1935 in Edmonton, and spent his early years in Alberta. After two years at the University of British Columbia he enlisted in the military and was eventually stationed in Germany. Upon returning, he worked on the pipelines in B.C. and Alberta with Mannix, a career path that ultimately brought him to Toronto where he received training in a new innovation called “computers.” He used this knowledge to help create one of the first companies to offer computerized booking systems to the travel industry. It was his first foray into entrepreneurship.

In 1971 he was building a ski chalet in Horseshoe Valley when he met a Swiss stonemason by the name of Peter Meier. Peter showed him an oddly shaped object called a UNI-Stone. Ed was captivated by what he understood to be a far superior paving method. This ‘happenchance’ encounter ultimately led him to set the wheels in motion for an entirely new market, now known as the North American Hardscape Industry.

Ed launched his North American Stone Company in 1972, with a Schlosser paver machine that manufactured just 12 UNI-Stone paving stones at a time.

Using the skills and principles that he honed in the military, Ed was the kind of leader who inspired ordinary people to achieve extraordinary things. In the early days of this industry, he was mindful to ensure that his success never came at the expense of others. He built win/win relationships with customers, suppliers and partners so that many people benefited from the path he was paving forward.

Soon, Ed had evolved Unilock from a manufacturing company to a marketing organization with full color product catalogs, installation videos, advertising campaigns, and groundbreaking programs like the Unilock Authorized Contractor program. In the 1980s, he built new manufacturing plants in Ontario, and expanded operations to Buffalo, Chicago, Detroit, and New York, followed by Cleveland and Boston in the 1990’s.

Each startup was a bold initiative, based on the belief that pavers and retaining walls were products with great growth potential, and that Unilock could be the most successful company in each market. He encouraged the regional operations to embrace an entrepreneurial mindset, where employees at every level of the organization were encouraged to be courageous and explore new ways to leverage their own individual skillset to help build the company.

Along the way, he and his wife Heather infused the company with a unique family culture that recognized not just the contributions that each employee made to Unilock, but the valuable role that everyone plays in their own families and communities. He sought to know each person by name and thank them for their contributions at every opportunity. Sadly, Ed passed away on January 28th, 2021.

Today Unilock operates 19 plants and has over 700 employees. Over the past 50 years we have produced over 1.8 billion equivalent square feet of product. Our success is unquestionable and our future looks even brighter.

Although the road to success for Unilock was not always easy, Ed is universally recognized by everyone who had the privilege to know him, as a king among men. For the positive impact he had on the people he knew and the great company he left in our care, on this 50th anniversary we honor him as the ultimate Unilock Legend.

Watch Videos From Other Industry Legends