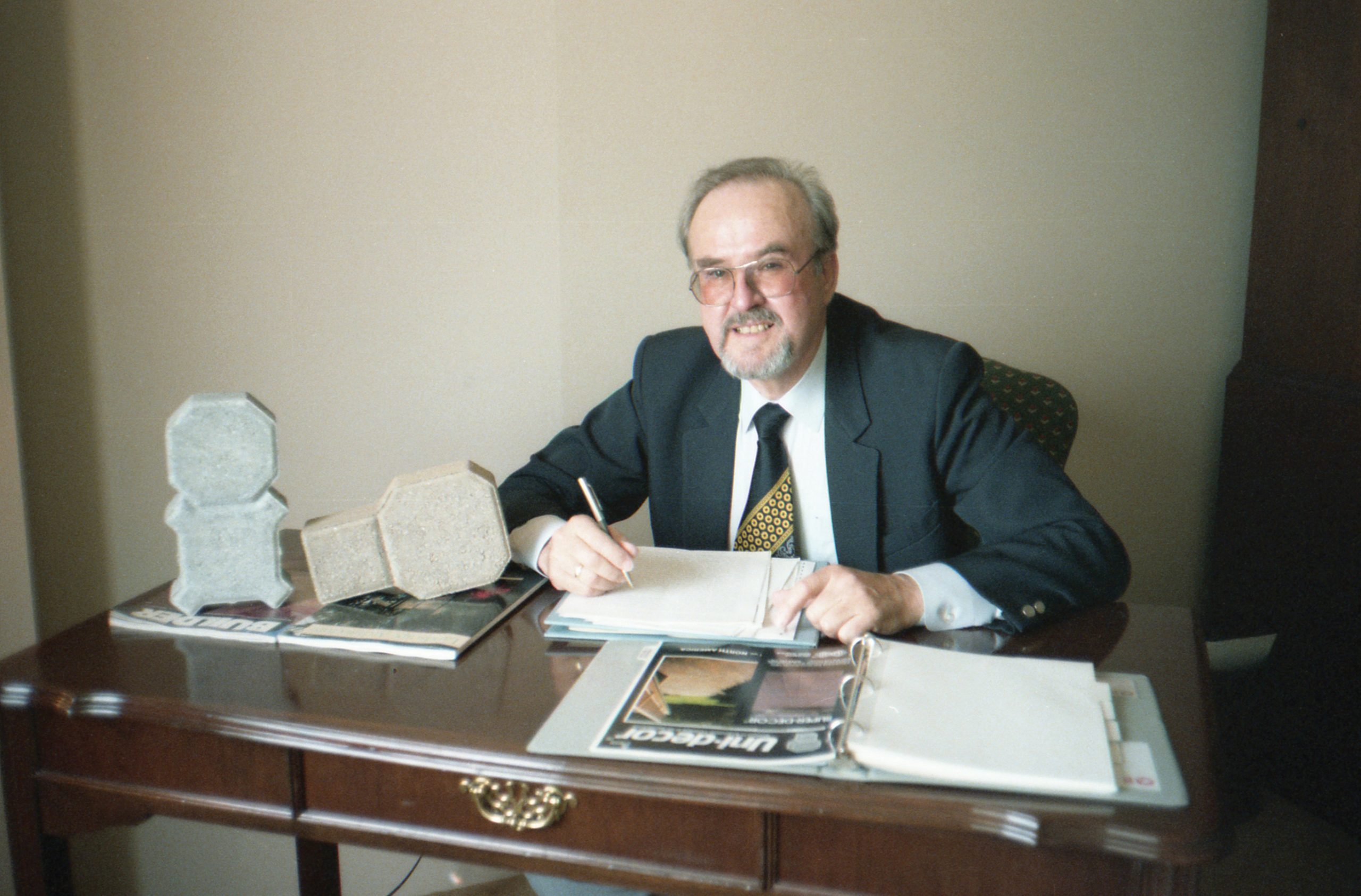 Fritz von Langsdorff was a highly skilled German civil engineer but he was known, by many, as simply “Mr. UNI-Stone”. In 1964 he formed a company in Germany to license this new interlocking concrete paver shape nationally and soon internationally, and so if Ed wanted to manufacture the product he would need to secure a license from Fritz. Ed met Fritz in Germany in 1971 and they immediately hit it off. After a visit to Toronto to meet with Ed, Fritz agreed to share his know-how and license to produce the UNI-Stone for Ontario.

The friendship between Ed and Fritz ran deep. They partnered up and raised the capital to purchase the first Hess multi-layer machine which allowed the company to produce paving stones at scale, albeit just one product (UNI-Stone) in one color (natural). In the late 1970’s Ed and Fritz traveled to the US and formed UNI-Group U.S.A., an organization that still exists today, uniting manufacturers who had licensed the UNI-Stone.

The next paver shape was UNI-Decor, known in some markets as UNI-Cobble. This shape was another immediate success, boosting the popularity of paving stones exponentially and spurring a series of copycat products. Fritz steadfastly defended the patent he had secured for this product, taking the case all the way to the U.S. Supreme Court and winning his case, thus setting a precedent in the paver industry that patents must be respected. Over the following decades, Fritz introduced many more paving stone innovations to North America, including UNI Anchorlock (the first paver for mechanical installation) and UNI Eco-Stone (the first permeable paving stone) and numerous others, helping UNILOCK to stay the leading edge of the paver industry. 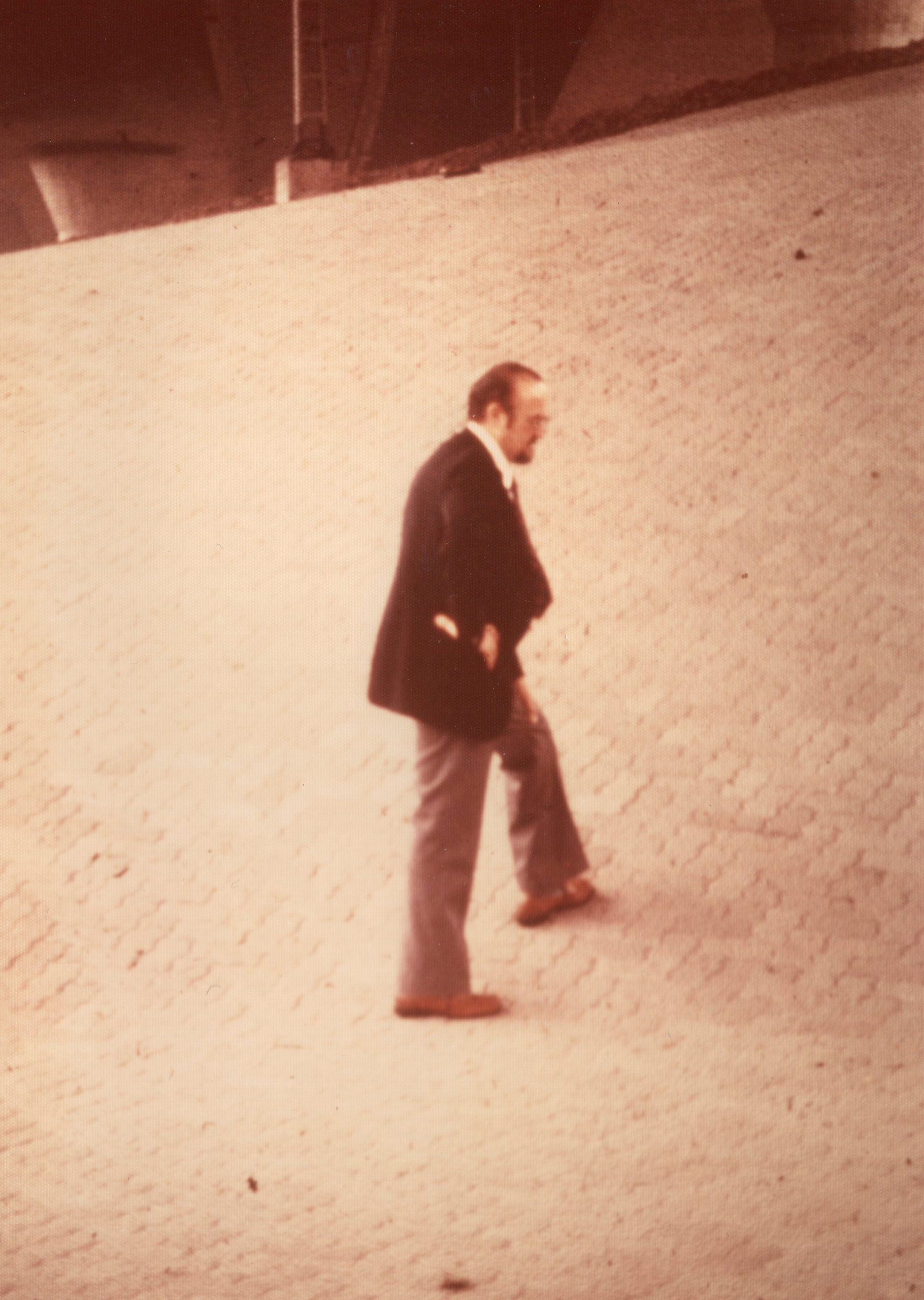 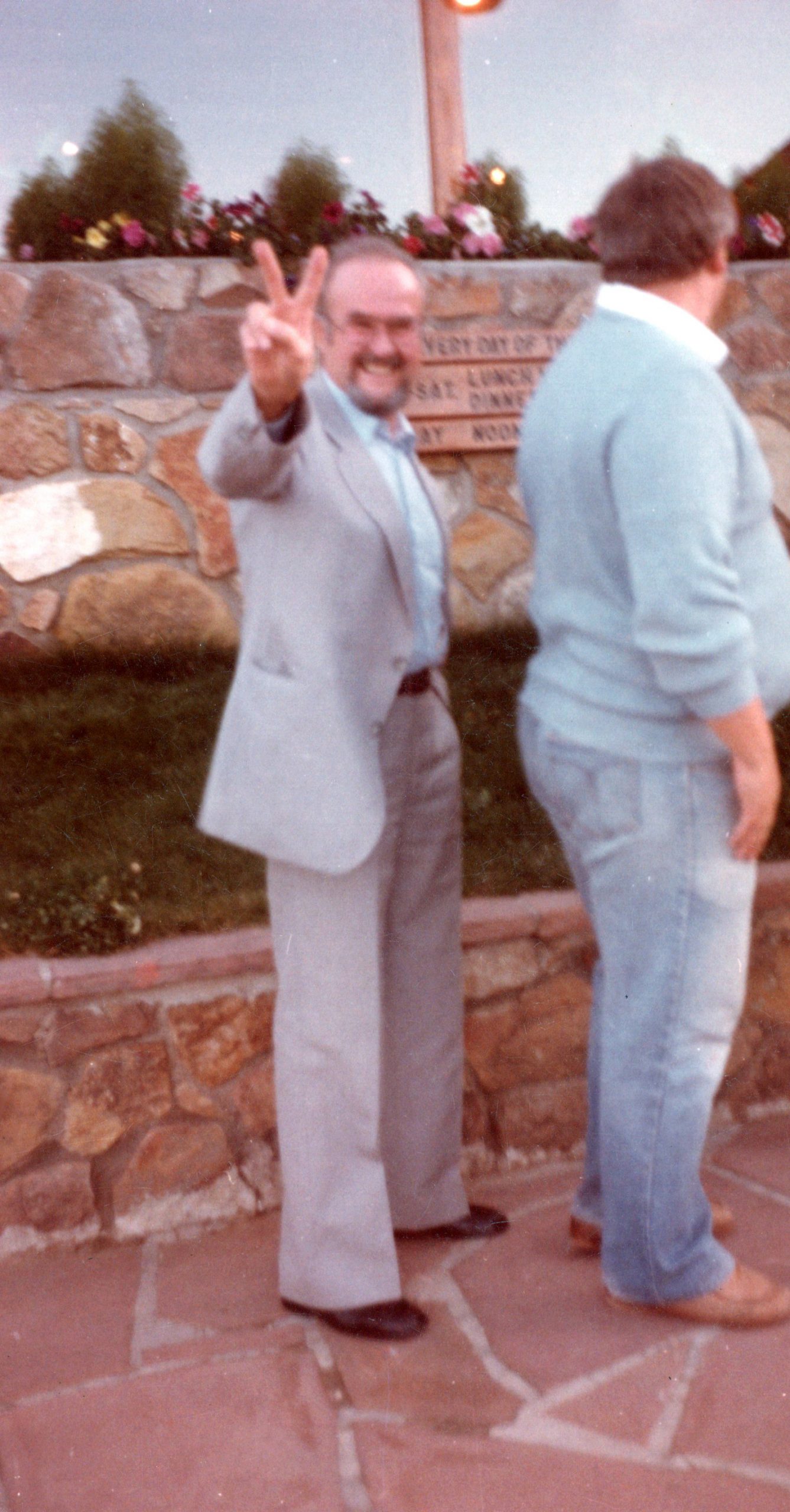 The unique zig-zag shape of the UNI-Stone was the brainchild of Fritz von Langsdorff. A German civil engineer by training, Fritz developed this product as the most technically advanced interlocking paver shape, and conducted the research to back it up.

It was patented in the early 60s and over a period of several decades, eventually became the world’s most successful fully interlocking concrete paver.

When UNILOCK was launched in 1972, it was the UNI-Stone that was produced. In one color; natural. By 1978 the product line had expanded to # 5 skus; with the UNI-Stone now produced in 5 colors. The UNI-Stone interlocking shape made it perfect for demanding commercial applications and it was installed in many high-profile public places like the Metropolitan Toronto Zoo, as well as Cumberland Street in Toronto which was the entire roadway (quite revolutionary at the time) and the roof deck of the Harbour Castle Hotel.

In 1982 Ed expanded his marketing focus to reach the residential market found the UNI-Stone appealed to homeowners as well, becoming a popular staple before a number of new UNI paver shapes hit the market. The product is still manufactured in many markets around the world like China and South America. It is estimated that over a billion UNI-Stones have been installed worldwide, most of them still in use today.